Recall that on the 25th of August, 2022, ROUNDCHECK published a close-check revealing how the NPF’s website “History Page” still recognizes Mohammed Adamu as the current Inspector General of Police (IGP), despite being replaced with DIG Usman Alkali Baba. The error was capable of misinforming the public.

We observed that after our findings, the NPF has made some changes to its history page.

Part of the new information added is how the NPF first began in Lagos State following the creation of a 30-man Consular Guard in 1861 and further expanded to 600 men in 1891 and renamed “Hausa Police”, because of the enlistment of some captured run-away Hausa slaves at Jebba by Lt. Glover R. N.

ROUNDCHECK also observed that Mohammed Adamu who was initially portrayed as the current IGP has been removed completely. Usman Alkali Baba is also projected as the current Inspector-General of Police on all other segments of the website.

We have added the previous contents in the history page here. 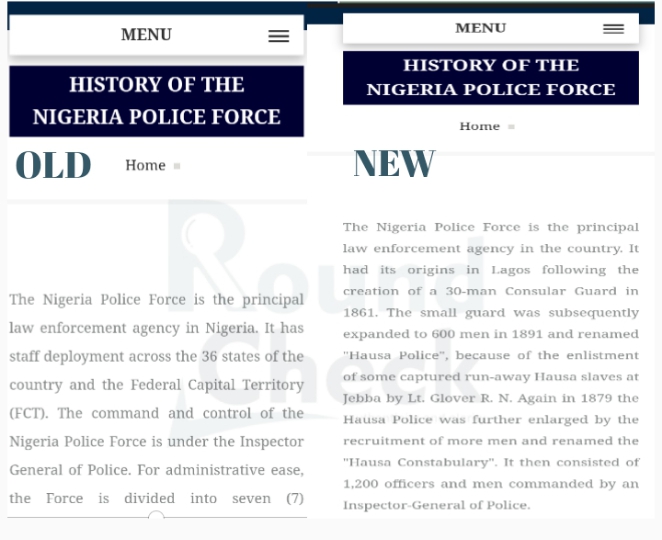 ROUNDCHECK enjoins all government institutions to update their information timely so as to keep the public adequately informed.