Who Is The Longest Serving Monarch In The World After Queen Elizabeth II? Here Is What We Found

A viral post on WhatsApp claims that Awujale of Ijebu Ode, Oba Sikiru Adetona, who has spent 62 years on the throne, is the longest serving monarch in the world currently.

Who Is The Longest Serving Monarch In The World After Queen Elizabeth II? Here Is What We Found

A viral post on WhatsApp claims that Awujale of Ijebu Ode, Oba Sikiru Adetona, who has spent 62 years on the throne, is the longest serving monarch in the world currently.

The original claim reads: “After d passing away of the queen , Awujale is the longest serving monarch in the world 62yrs on throne” (sic).

The post had the picture of the Awujale of Ijebuland attached to it, hence the need for ROUNDCHECK to check the claim.

This claim was made and circulated after the death of Queen Elizabeth II on September 8th, 2022. 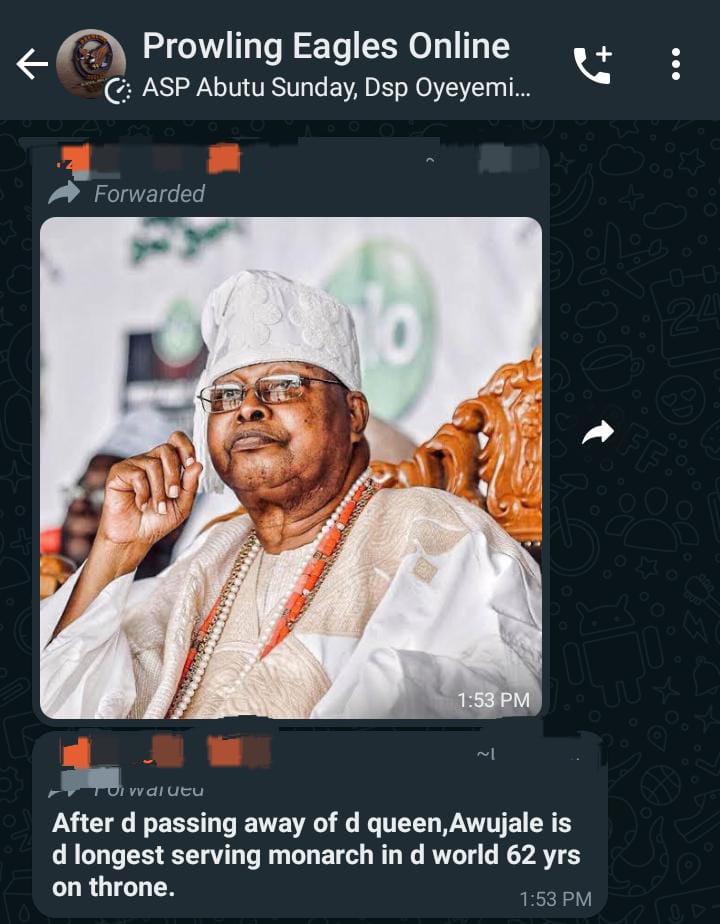 ROUNDCHECK analyzed the claim and found out it was true, based on available information.

Ijebu Ode is one of the major towns in Ogun State, Southwestern Nigeria. It is one of the oldest ancient towns known for deep historical happenings.

Who Is Awujale Of Ijebu-Ode?

In a letter dated January 4, 1960, the Permanent Secretary in the Western Region Ministry of Local Government conveyed to the Local Government Adviser in Ijẹbu Ode approval of the Western Region Governor in Council, the appointment of Prince Sikiru Kayode Adetona as king, and his confirmation as the new Awujale of Ijebuland with effect from that date (January 4, 1960). He was installed as the king on 2 April 1960, He is a member of the House of Anikinaiya.

In a bid to verify the claim, ROUNDCHECK first searched the available documents on the list of serving monarchs in the world and their dates of inauguration.

We searched an article published by Voice of Africa (VOA) on September 11, 2022, with the title “World’s Longest-Reigning Monarchs- A List”. 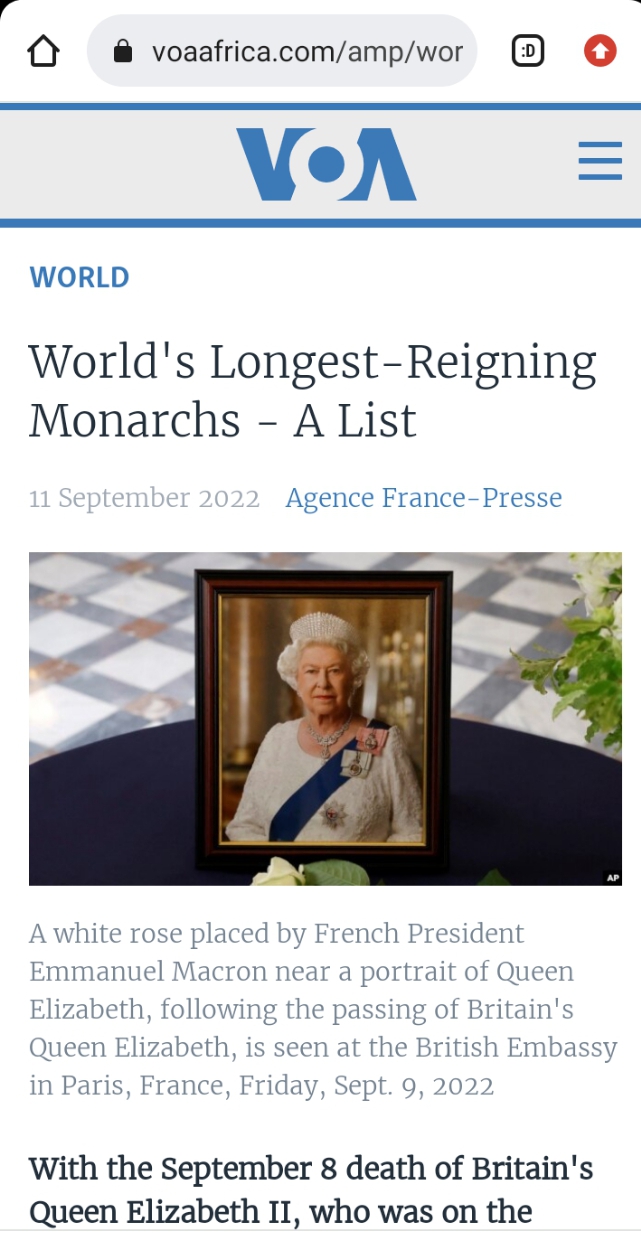 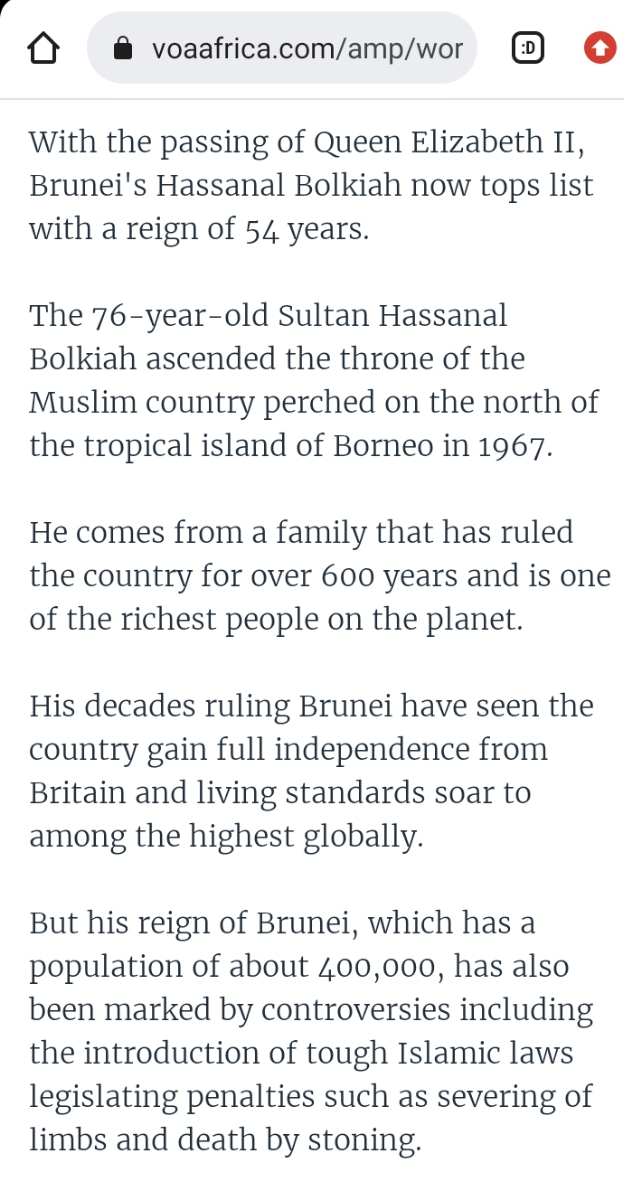 The article noted that Hassanal Bolkiah, the Sultan and Yang di-Pertuan of Brunei is top on the list.  He ascended the throne of Brunei in 1967. Brunei is a country located on the north coast of the island of Borneo in Southeast Asia.

This means Hassanal Bolkiah of Brunei has ruled the nation for 55 years. 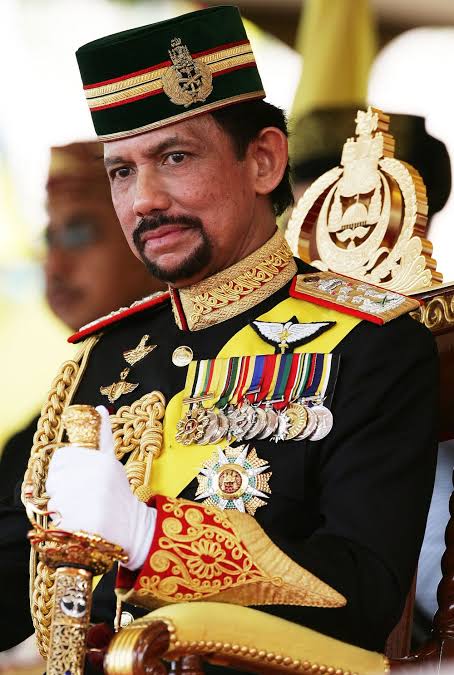 Though the name of Awujale of Ijebu Ode was not included in the document, it also doesn’t have any Nigerian monarchs among the top 4.

However, a publication by Vanguard Newspaper on 10 May 2022 revealed that Awujale of Ijebuland, Oba as Ikotun Adetona has spent 62 years on the throne.

This report contradicts the report made by VOA on the list of longest reigning monarchs in the world. 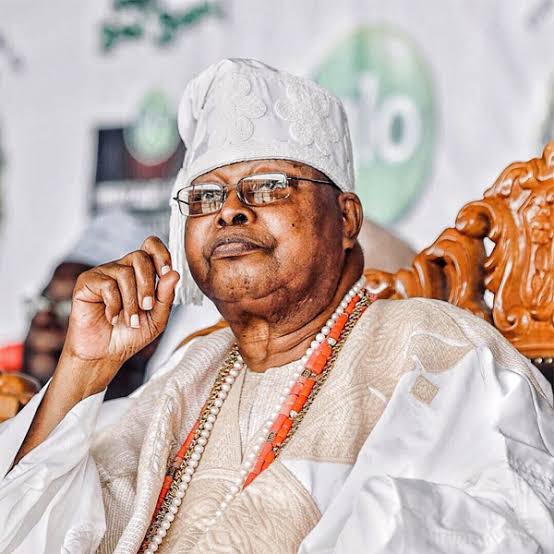 Corroborating the submissions of Vanguard newspaper, an article published in Premium Times revealed that “on Tuesday, April 2nd, 1960 the new Awujale of Ijebu Ode, Oba Sikiru Kayode Adetona was formally installed as the Awujale of Ijebu Ode and Ogbagba II, which is 62 years already.”

Queen Elizabeth II was the queen of the United Kingdom and the Commonwealth, she began her reign on 6th February 1952 and died on the throne on September 8th, 2022. Her reign lasted for 70 years and 214 days.

The available records and publications attest that Awujale of Ijebu Ode has already spent 62 years on the throne, which is the oldest in the world after the late Queen Elizabeth II.

ROUNDCHECK can conclude based on our findings that the claim stating that Awujale of Ijebu Ode, Oba Sikoru Adetona is the longest serving monarch after the death of Queen Elizabeth is CORRECT.

This report was written by Egwu Linus under the ROUNDCHECK’s Volunteers Network Project 2022 under the guidance of the editorial team.

If you suspect or sight any false claim, tag us @roundcheck or send it to admin@roundcheck.com.ng.