A report published on This Day live on the 12th of October 2022 by Laleye Dipo, claimed that the Abuja Electricity DisCo had disconnected the power supply that operates in the Niger State Government House, ministries, schools, and general hospitals in the state..

A report published on This Day live on the 12th of October 2022 by Laleye Dipo, claimed that the Abuja Electricity Distribution Company had disconnected the power supply that operates in the Niger State Government House, ministries, schools, and general hospitals in the state. The claim stated that the power supply was disconnected due to a debt of over N1.1billion.

The headline of the story reads “Abuja Electricity Disco Disconnects Niger Government House, MDA’s over N1.1bn debt”, with the image of the Abuja Disco on the front page.

“The Abuja Electricity Distribution Company (AEDC) has disconnected electricity supply to the Niger state Government house, all Ministries, Departments and government Agencies. The disconnection, which took place yesterday, THISDAY findings, was as a result of accumulated debt put at over N1.1billion.

It was reported that in April 2022, Abuja DisCo, disconnected the Niger State government’s offices including the state’s House of Assembly, Office of the Secretary to the State Government, and water board among others due to an initial 1.3 billion naira debt

AEDC consultant Seamless Nigeria Limited and the leadership of the House of Assembly in Niger in July, discussed and reach an agreement on how the debt owed to AEDC will be liquidated.

In the agreement, the state government pledged to reduce its debt by N274 million monthly in addition to paying the current bills.

However, It was reported that the government paid only N274m for the month of July in addition to the current bill but has not paid the second tranche for August and September.

The second disconnection that happened according to reports was due to a breach of agreement on the part of the government.

ROUNDCHECK reached out to the official spokesperson of Abuja Electricity Distribution Company, Mr. Donald Etim, via a phone call to confirm the authenticity of the claim. 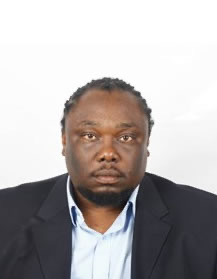 During the conversation, Etim debunked the report saying there was no disconnection.  He added that their base in Niger state only experienced a system glitch that affected the government house and other public places in the state.

He said, “I just confirmed the latest developments that there was no disconnection at all and that there was a system glitch that affected the public places due to a feeder malfunctioning which led to the shortage of power supply.”

The shortage of power supply at the Nigeria State government house and other ministries, departments, and agencies is not connected to the N1.1billion debt as reported by ThisDay.

The claim that the Abuja Electricity DisCos had disconnected the power supply connecting the Niger Government House, ministries, schools, and general hospitals in the state due to debt of over N1.1bn is MISLEADING.

All information and documents gathered showed that there was no disconnection contrary to what ThisDay reported, but a system glitch in the feeder.

Who Is The Longest Serving Monarch In The World After Queen Elizabeth II? Here Is What We Found
ROUNDCHECK Celebrate Volunteers For Second Cohort Programme
(adsbygoogle = window.adsbygoogle || []).push({});