One Of Two Claims made By Reno Omokri Is Incorrect

One Of Two Claims made By Reno Omokri Is Incorrect

On Wednesday, July 6, 2022, a Nigerian Social Critic and former presidential aide, Reno Omokri made two claims through his verified Twitter handle @renoomokri. ROUNDCHECK analyzed these claims and figured out one of them is INCORRECT.

“When you attack Kwankwaso on Channels, you are not attacking one man. You attack Kano’s 5.8 million registered voters. Even if you disagree with his comments, why attack him? Give a superior argument, not an attack! Kano voters had 8% of the entire 2019 election” 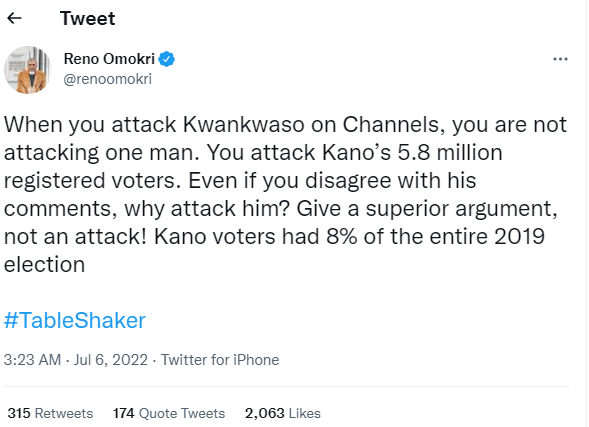 For better understanding, ROUNDCHECK will highlight the claims in Reno’s tweet.

This implies that Reno Omokri is claiming that Kano has 5.8 million registered voters.

Reno Omokri is claiming that in the last Nigeria general election held in 2019, Kano had 8% of the entire votes counted.

In a report dated Jan 8, 2019, and published on Premium Times, the voter register presented by the Independent National Electoral Commission (INEC) to party leaders showed that Lagos and Kano State have the highest number of registered voters with 6, 570,291 million and 5, 457,747 million respectively. 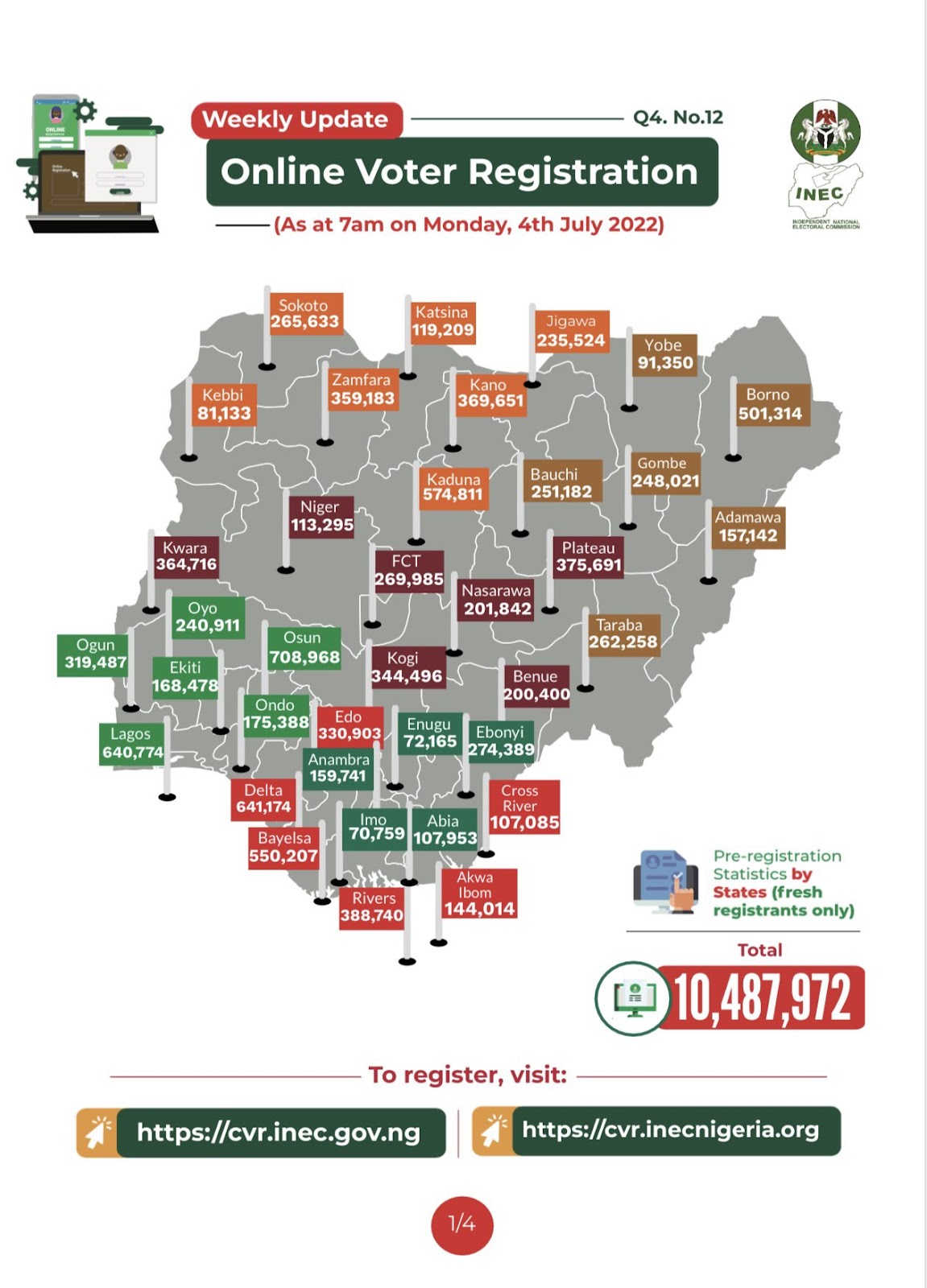 ROUNDCHECK can conclude that the claim that Kano has 5.8m registered voters is TRUE.

Muhammadu Buhari from the All Progressives Congress (APC) was been re-elected Nigeria’s president on Saturday, 23 February in the 2019 general election, defeating Atiku Abubakar of the People’s Democratic Party (PDP) after winning in 19 of the 36 states

Further findings revealed that Kano accredited voters and total valid votes in the election were 2,006,410 and 1,891,134 respectively. 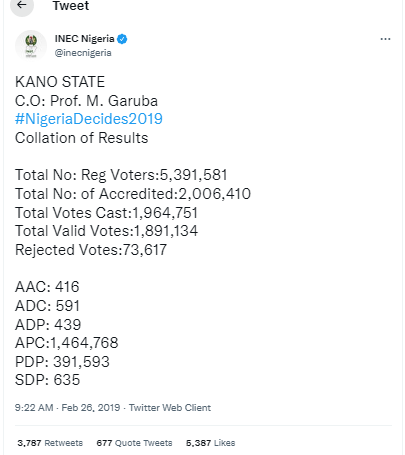 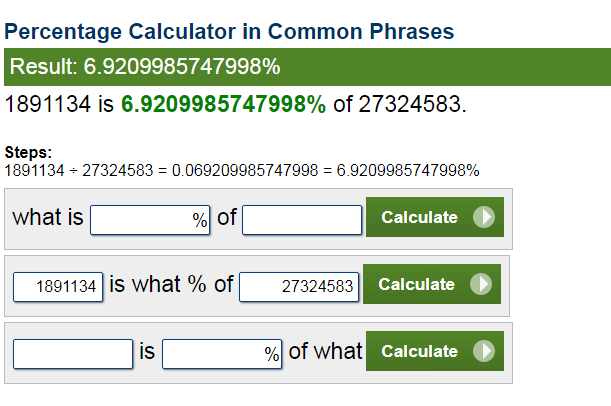 Therefore, the claim that Kano had 8% votes in the entire 2019 elections is INCORRECT. The total percentage of Kano votes in the 2019 general election is 6.9 percent.