The post, which was made on the 29th of August 2022, had two pictures: of protesters with a security man watching and the other with supporters holding campaign banners— as shown below. 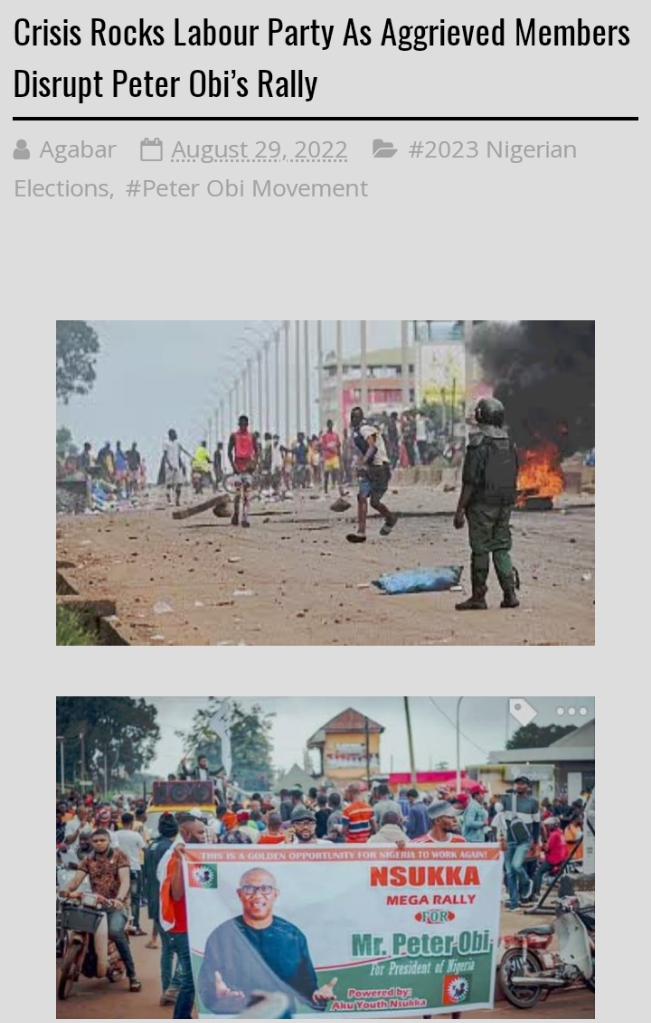 ROUNDCHECK analyzed the entire report and found one of the images to be old, unrelated, and not connected to the rally.

Who Is Peter Obi?

Peter Obi  is a Nigerian businessman and politician who served as Governor of Anambra from March to November 2006, February to May 2007, and from June 2007 to March 2014. In May 2022, he became the Labour Party presidential candidate in the forthcoming 2023 election.

Born in Onitsha in 1961, Obi graduated from the University of Nigeria in 1984. Afterward, he ventures into business and banking, eventually rising to hold several high-ranking executive positions at banks. By the early 2000s, Obi was the chairman of Fidelity Bank before leaving the position to enter politics.

In order to review the report, ROUNDCHECK first subjected the image to a check using Tineye and discovered the image was first used on the 30th of July, 2022 in a report about anti- junta protest in Guinea 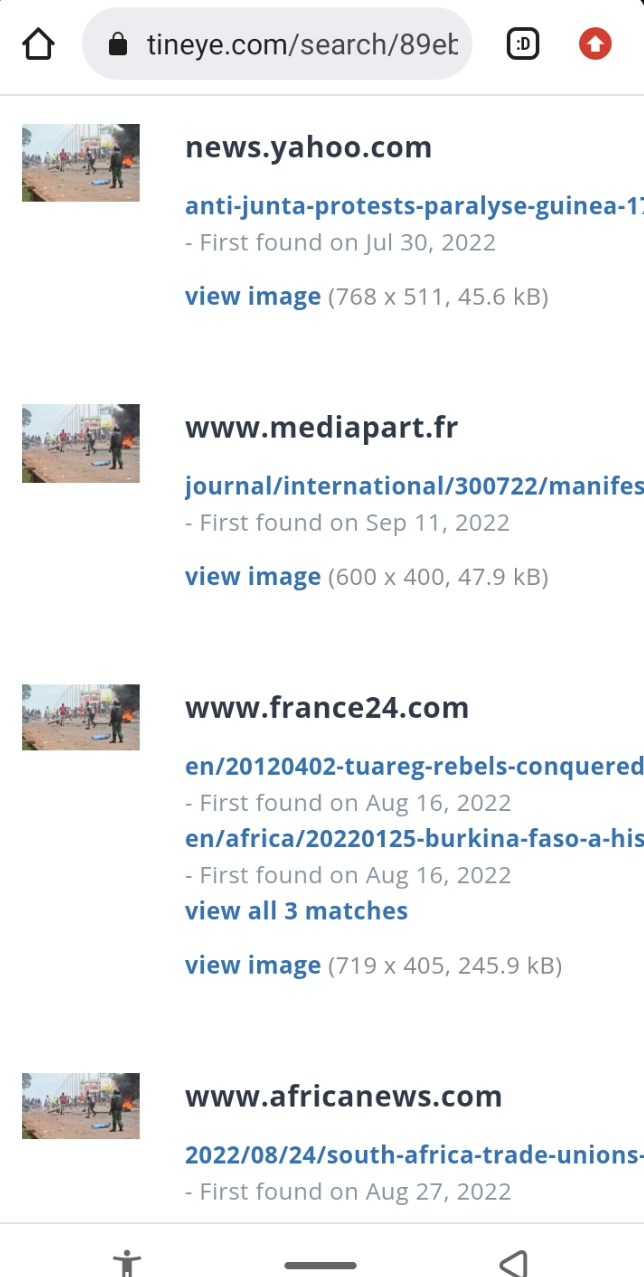 Subjecting the image to further search using google lens, ROUNDCHECK discovered the first image was used by the Maravi post on August 2nd, 2022 in a report about a bloody protest in Guinea. 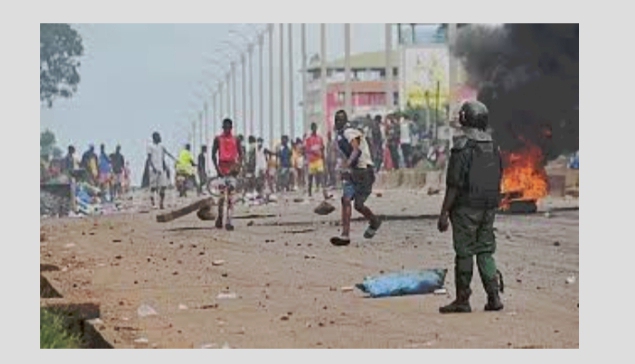 Also, the same image was used by africanews in reporting the same protest in Guinea on August 8th, 2022 where two National Front for the Defense of the Constitution (FNDC) leaders were jailed after a bloody protest.

Upon checking the content of the report to confirm the authenticity of the claim ROUNDCHECK visited other news platforms in Nigeria: the Daily Independent report on 29th August 2022 confirms the disruption of the solidarity rally.

In the same vein, Sahara Reporters made a publication on August 29th, 2022 with the same news story which indicated that there was a protest which disrupted the solidarity rally. 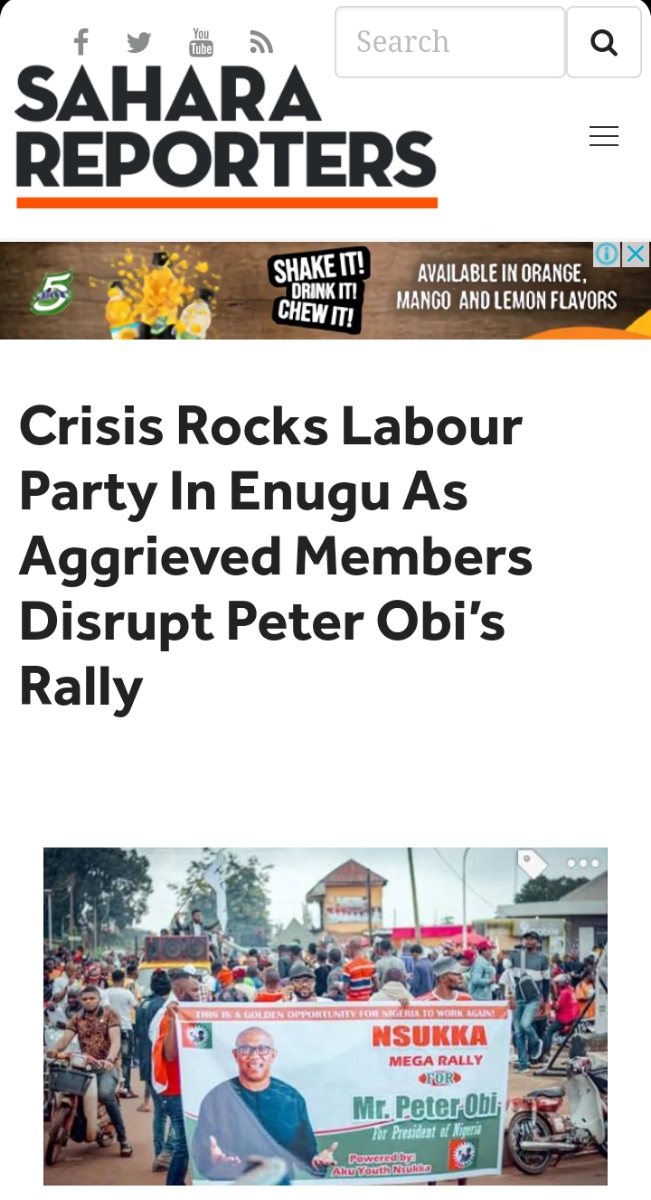 But one of the images (of protesters with a security man watching) used (by lapnaija blog) is not a scene from the disruption of the rally in Enugu.- the image is from a Guinea protest.

One of the images on the report claiming that aggrieved persons of the Labour Party in Enugu State disrupted Peter Obi’s rally has been found to be unrelated to the event. It is MISLEADING.

This report was written by Egwu Linus under the ROUNDCHECK’s Volunteers Network Project 2022 under the guidance of the editorial team.